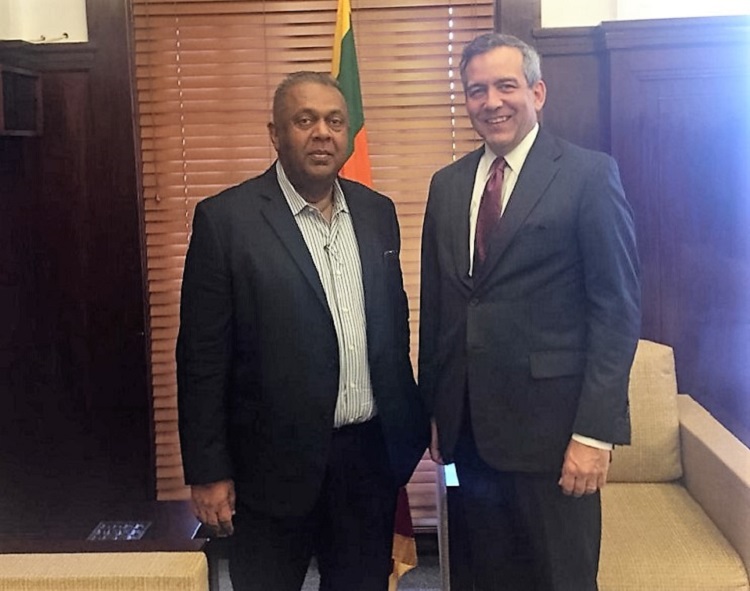 COLOMBO, October 5:  Executive Vice President of the Overseas Private Investment Corporation (OPIC) David Bohigian and other U.S. government officials visited Sri Lanka from October 3 to 5.  The trip promoted U.S. investment in the region and strengthened cooperation with regional allies to drive economic growth and stability.  The delegation met with Minister of Finance and Mass Media Mangala Samaraweera from the Government of Sri Lanka as well as representatives of American businesses active in the Sri Lankan market.

OPIC has a long history of partnering with allies in the region and recently signed Memoranda of Understanding with Japan’s Japan Bank for International Cooperation (JBIC) and Nippon Export and Investment Insurance (NEXI), and with Australia’s Department of Foreign Affairs and Trade.

“Positioned within reach of one of the world’s busiest trade routes, Sri Lanka is a hub of maritime activity in the Indian Ocean and serves a vital role in the global economy,” said Bohigian. “Investments backed by the U.S. government provide a financially-sound alternative to state-led solutions that lead nations like Sri Lanka into debt traps. OPIC is committed to supporting projects that promote free and open societies while adhering to strong environmental and labor standards. We look forward to partnering with Sri Lanka and other regional allies to identify opportunities for investment in ports and other infrastructure, which will fuel sustainable economic growth, create jobs, and leave countries better off.”  Historically, OPIC has invested $118 million in Sri Lanka and currently has almost $20 million invested across four projects.