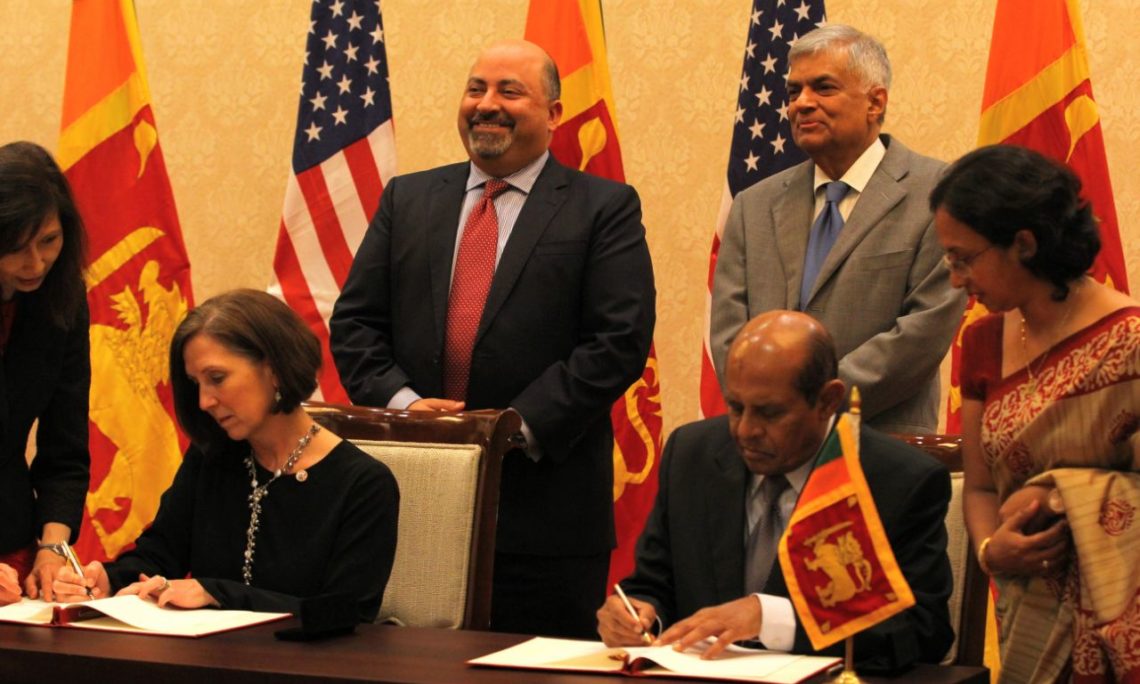 COLOMBO, February 26, 2018 – Sheila Crowley, Acting Director of the U.S. Peace Corps, and Sri Lankan Foreign Minister Tilak Marapana signed a new bilateral agreement to re-establish a Peace Corps program in Sri Lanka.  U.S. Ambassador to Sri Lanka and Maldives Atul Keshap and Prime Minister Ranil Wickremasinghe witnessed the signing at Temple Trees.  The announcement coincides with the 70th anniversary of diplomatic relations between the United States and Sri Lanka and underscores the long history of partnership and mutual support between the two countries.

Peace Corps’ efforts in Sri Lanka will focus on English language education.  Once in Sri Lanka, volunteers will undergo three months of comprehensive cultural, language and technical training before they are given their assignments to serve for two years.  The first Peace Corps Volunteers are scheduled to arrive in Sri Lanka in September 2019.

“I am delighted that Peace Corps is returning to Sri Lanka.  Our volunteers embody and promote the ideals of equality, shared prosperity, and a common interest in a peaceful, stable world,” said U.S. Ambassador to Sri Lanka and Maldives Atul Keshap.  When signing the Executive Order that created the Peace Corps, President John F. Kennedy said, “Our Peace Corps is not designed as an instrument of diplomacy or propaganda or ideological conflict.  It is designed to permit our people to exercise more fully their responsibilities in the great common cause of world development.”

From 1962 to 1998, more than 370 Peace Corps volunteers served in Sri Lanka, working in education, health and youth development.  The program was closed in 1998 due to political instability.  Peace Corps’ Crisis Corps, now Peace Corps Response, returned to Sri Lanka to support relief efforts in the aftermath of the 2004 Indian Ocean tsunami.  In 2016, the Government of Sri Lanka invited Peace Corps to return to work and assist in furthering the country’s development goals.

“The return of Peace Corps to Sri Lanka is an opportunity to deepen the enduring friendship that has grown between our two countries over the past 70 years,” said Acting Peace Corps Director Sheila Crowley. “We are grateful to the Government and people of Sri Lanka for their invitation to, once again, have Peace Corps volunteers serve side-by-side with Sri Lankans in their beautiful country.”