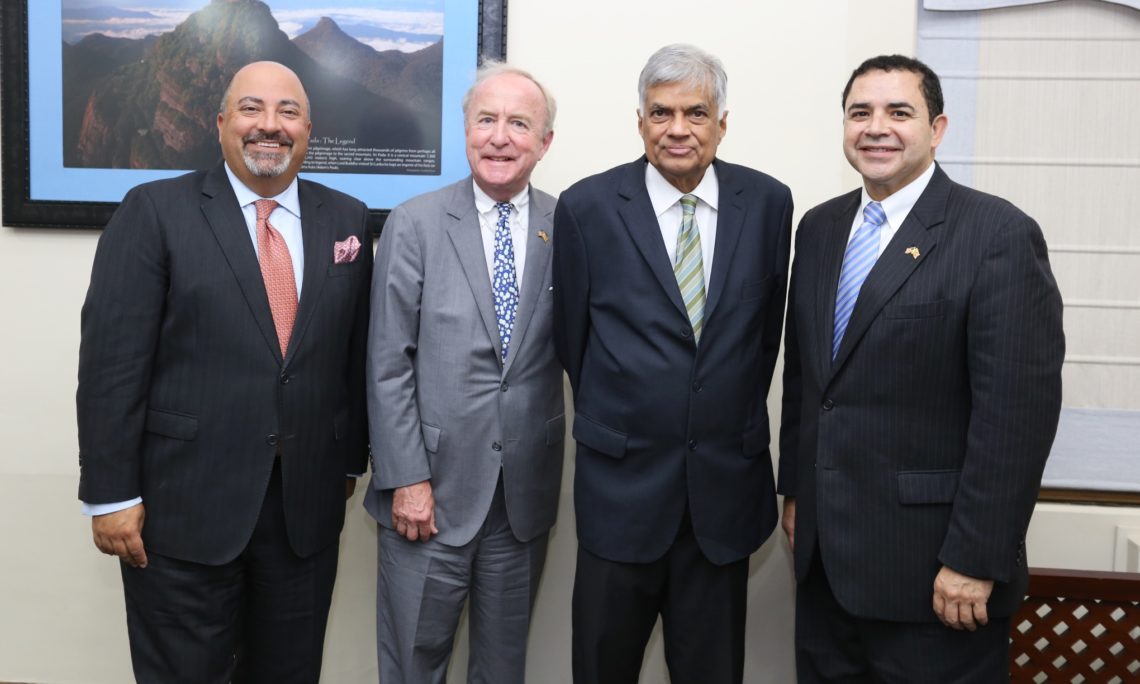 Colombo, August 11: A bipartisan delegation of Members of Congress from the U.S. House of Representatives arrived in Colombo on Wednesday, August 9 to further strengthen ties between the governments and people of Sri Lanka and the United States.  Congressman Rodney Frelinghuysen of New Jersey, Chairman of the House Appropriations Committee, and Congressman Henry Cuellar of Texas held productive meetings with Prime Minister Wickremesinghe, Speaker of the Parliament Jayasuriya, and Opposition Leader Sampanthan, on August 10.

The Members of Congress traveled to Sri Lanka during the U.S. Congressional recess to emphasize continued U.S. commitment to political reforms and economic growth in Sri Lanka.  They stressed in their official meetings the full support of the United States for the Government of Sri Lanka’s efforts to expedite a new Constitution, strengthen democratic rights for Sri Lankans of all ethnicities, ensure reconciliation, and foster greater prosperity in all regions of the country.

“This visit demonstrates the strong bilateral relationship between the United States and Sri Lankan,” said U.S. Ambassador to Sri Lanka Atul Keshap.  “Across the three branches of the U.S. government, we will continue to support Sri Lanka’s commitments to constitutional reform, reconciliation, justice, and economic prosperity.”