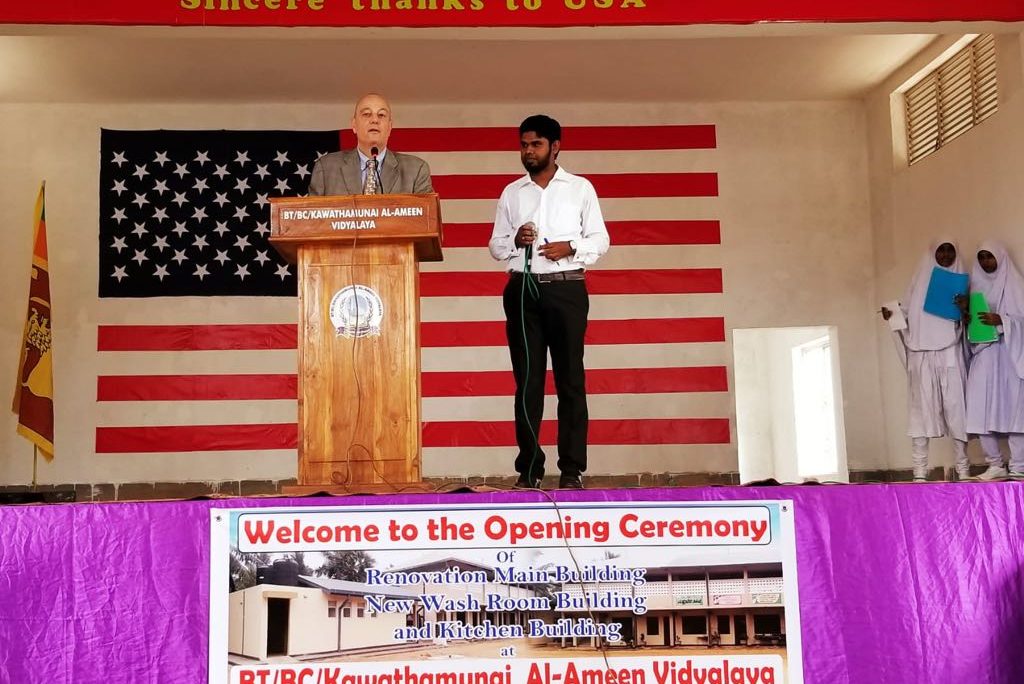 “It is an honor to be here in Batticaloa.  This year, we are celebrating 70 years of U.S.-Sri Lankan partnership and recall that on February 4, 1948 then-U.S. President Harry Truman was one of the first foreign leaders to recognize Sri Lankan independence.  Since then, U.S. cooperation has amounted to more than $2 billion (LKR 314 billion) in developmental assistance.  We are privileged to participate today with the Ministry of Education in the renovation of these important centers of learning.  As all the hardworking teachers in this room well know, education is the key that opens the golden door of opportunity,” said Mr. Russo.