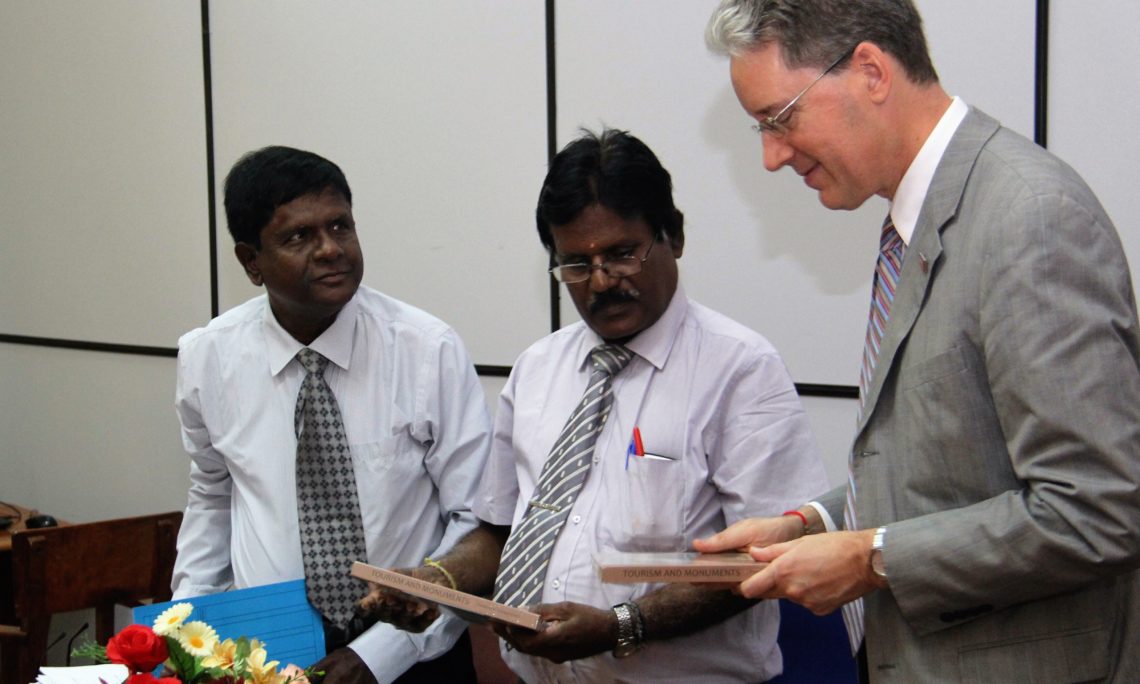 JAFFNA, October 5:  Chargé d’affaires Robert Hilton today inaugurated a two-year project to preserve pre-historic artifacts in the collection of the University of Jaffna.  The funding is provided by the U.S. Department of State under the Ambassadors Fund for Cultural Preservation (AFCP) and totals more than 23 million Sri Lankan rupees ($140,000).

The project will rescue artifacts such as clay pots, brass and copper items, temple statues, coins, coral stones, and ceramic objects that are on the verge of irreversible decay.  Most of the collection was excavated in the Northern Province.  The project will involve both undergraduate and post graduate archaeology students of the University of Jaffna.  Professor P. Pushparatnam, a senior professor and the Project Director, submitted the successful proposal to the U.S. Embassy and AFCP.  University of Jaffna Vice Chancellor Professor R. Vigneswaran will assist with the project.

“A nation’s cultural heritage is one of its most precious resources,” said Chargé Hilton.  “Cultural heritage reminds us of the historical experiences of humanity.   I am delighted that the U.S. Embassy is supporting the preservation of these important artifacts, which tell the story of the Sri Lankan people.”  When preservation is complete, the objects will be on display at the University of Jaffna’s museum.