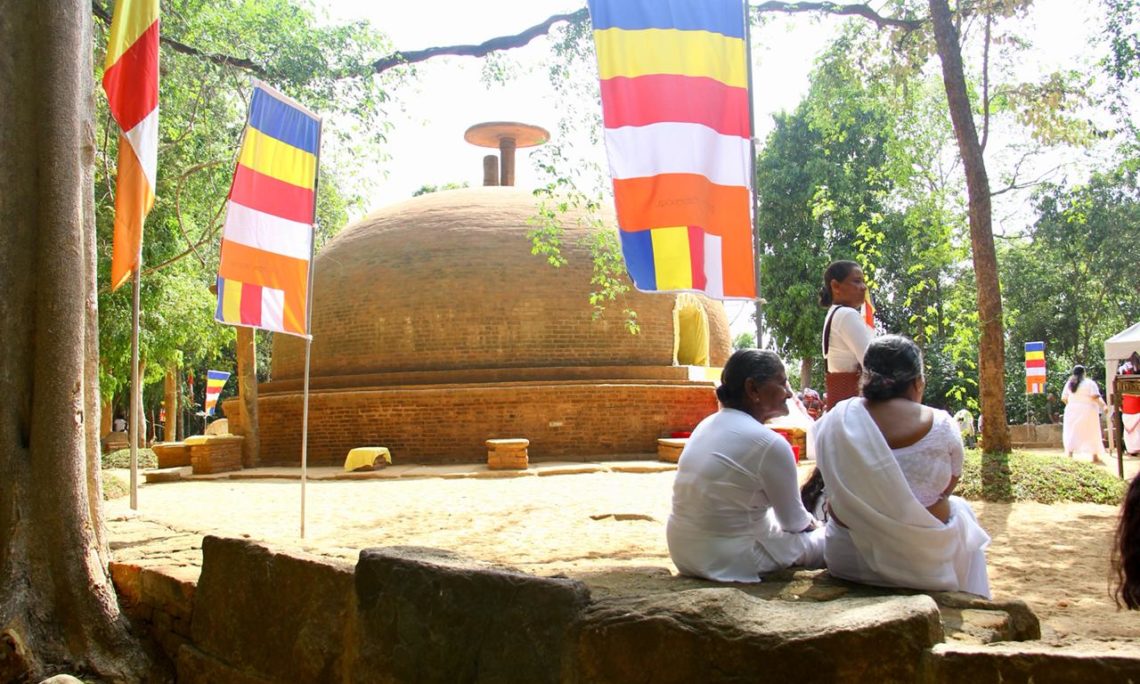 RAJAGALA, October 17:  A stupa restored under a project funded by the U.S. Department of State through the Ambassadors Fund for Cultural Preservation (AFCP) was inaugurated yesterday by Prime Minister Ranil Wickremesinghe.   Funding for the project, initiated in 2013, totals nearly 43 million Sri Lankan rupees ($250,000). Counselor for Public Affairs David McGuire represented the Embassy at the event.

The project includes the conservation and restoration of cave dwellings, monuments, and buildings belonging to the Rajagala Buddhist forest monastery.  The project also restored the walkways that connect stupas, common buildings, caves with meditation paintings, and other significant structures.  Additional excavations were conducted that identified a pre-historic human settlement, which were the first-ever research excavations carried out in the Eastern province of Sri Lanka.

“I am delighted to have joined the Prime Minister in inaugurating the stupa that has been restored with funding from the U.S. Department of State” said Mr. McGuire.  “Rajagala’s heritage is an important reminder of the breadth of the human experience in Sri Lanka.”

Since 2001, AFCP has funded 13 projects in Sri Lanka, including the conservation of a Buddhist temple, the restoration of the Batticaloa Dutch Fort, the preservation of Buddhist, Hindu, and other collections in the Anuradhapura Archaeological Museum, and the preservation of the intangible heritage of ritual music and dance forms of the Adivasi, Tamil, and Buddhist communities.  On October 5, Embassy Chargé d’Affaires Robert Hilton inaugurated the most recent project undertaken in Sri Lanka, a partnership with the University of Jaffna to restore ancient Hindu and other artifacts.  Chargé d’Affaires Hilton’s remarks about that project can be found here:  https://lk.usembassy.gov/charge-daffaires-robert-hiltons-remarks-at-inauguration-of-afcp-grant-at-the-university-of-jaffna/.

IMG 2 – Public Affairs Officer of the U.S. Embassy Colombo, David Mcguire delivers remarks at the inauguration of the restored stupa

IMG 4 – Devotees at the restored stupa