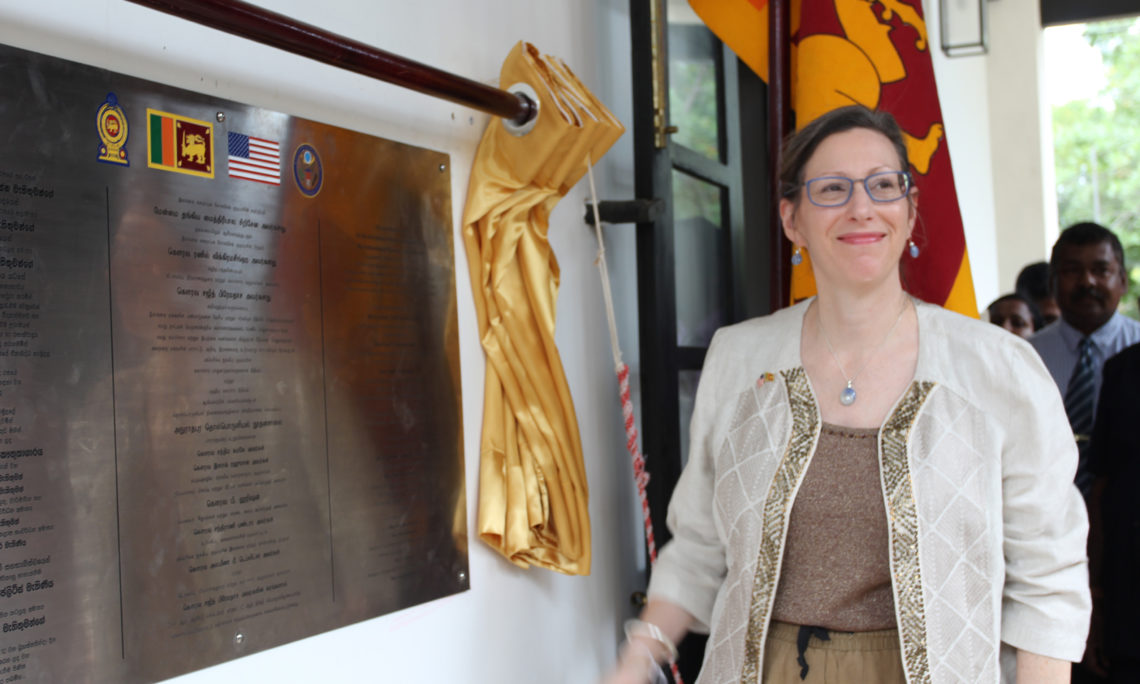 September 16, Anuradhapura:  U.S. Ambassador to Sri Lanka Alaina B. Teplitz officially opened the Anuradhapura Department of Archeology Museum on September 12, marking the completion of a decade-long, U.S.-funded museum renovation project, which includes upgraded preservation techniques and equipment for its collection.

The collection consists of archeologically significant rare objects, including gilded statues, bronze statues, ancient coins, clothing, and tools used in different industries, along with models of the ancient town of Anuradhapura.

“I am delighted that the U.S. Government has helped preserve Sri Lanka’s stunning heritage for future generations to discover,” Ambassador Teplitz said.  “This museum demonstrates our appreciation of and respect for Sri Lanka’s culture.”

In 2015, the U.S. Department of State’s Ambassadors Fund for Cultural Preservation (AFCP) provided $150,000 for display cases and the security of the collection.  The 20 new dehumidified cases, located in the newly renovated building, are built according to the latest international conservation standards.  The grant includes the costs of a newly installed security system and fire detectors along with a disaster management plan.  This is the third grant that AFCP has awarded to the Department of Archeology’s Museum in Anuradhapura.