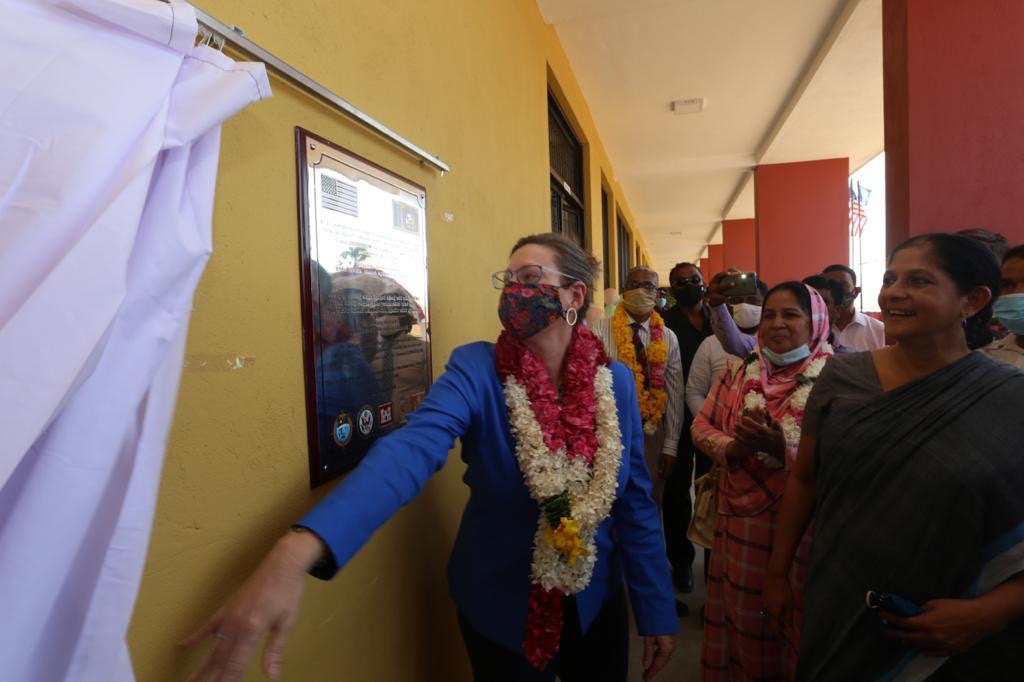 SAMPUR, August 31 – U.S. Ambassador to Sri Lanka Alaina B. Teplitz opened the new Khoonethivu Navalar school in Sampur on August 26. The new facilities include a two-story classroom building with eight classrooms, a rainwater harvesting system with a 30,000 liter storage tank, and washrooms with facilities for both male and female students, teachers, and people with disabilities.  The United States and the Sri Lankan Ministry of Education invested 93 million rupees (approximately $500,000) in this project, which was an initiative of the U.S. Indo-Pacific Command (USINDOPACOM).

“This new building offers a safe environment for students to explore new concepts and new ideas while also building a future for themselves and their community,” said Ambassador Teplitz at the ceremony.  “All adults share both the privilege and responsibility of supporting and empowering children in their education.”

In addition to providing much needed classroom space, this building will also serve as an emergency shelter for up to 400 evacuees from the local community which is especially beneficial as the region is vulnerable to natural disasters.

Over the past nine years, the American people through USINDOPACOM has supported the construction of 14 schools with investments over $5.8 million.  School construction projects represent a long-running partnership between the United States and local communities, directly benefiting underserved communities while also contributing towards educating Sri Lanka’s youth.