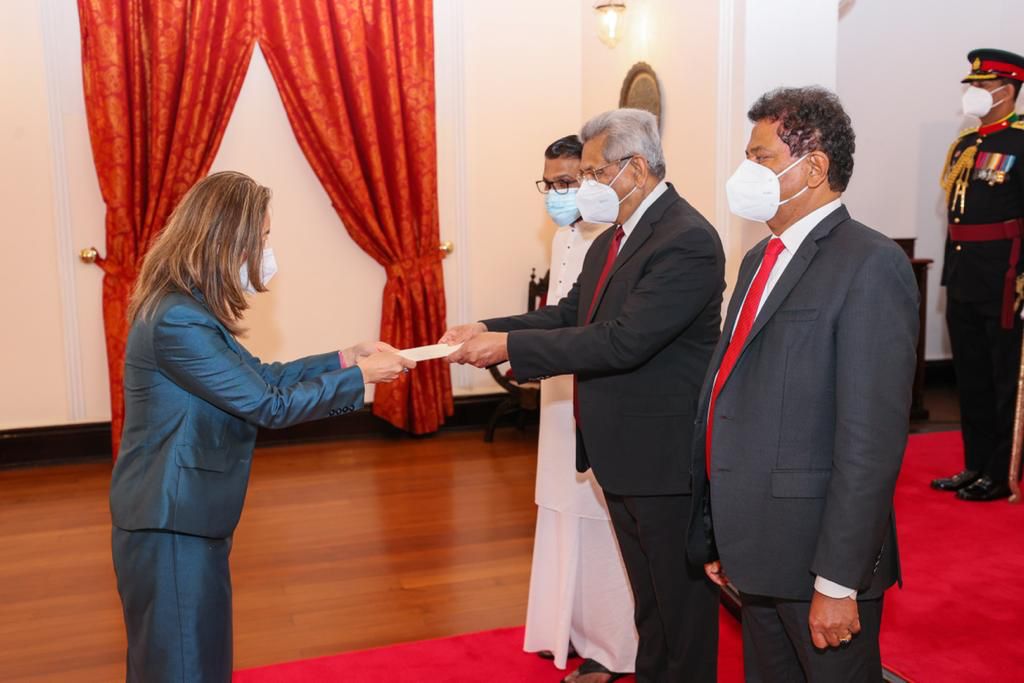 COLOMBO, February 25:  Ambassador Julie J. Chung officially began her tenure as the U.S. Ambassador to Sri Lanka today after presenting her credentials to President Gotabaya Rajapaksa.  The ceremony was held at the President’s official residence.

“I am honored to serve as the U.S. Ambassador to Sri Lanka and I look forward to working with the government and the people of this country to strengthen democracy, increase prosperity, and ensure a healthy, connected, and secure future for all,” said Ambassador Chung.

Ambassador Chung most recently served as the Acting Assistant Secretary in the U.S. Department of State’s Bureau of Western Hemisphere Affairs.  She also has extensive experience in the Bureau of East Asian and Pacific Affairs, including as the Acting Deputy Assistant Secretary for Japan, Deputy Chief of Mission in Cambodia, and Economic Counselor in Thailand.  In addition, she has served at the U.S. embassies in Iraq, Colombia, Vietnam, and Japan, and the U.S. Consulate in Guangzhou, China.  She also served as an advisor on nonproliferation discussions of the Agreed Framework with North Korea while working in the Office of Korean Affairs in Washington.