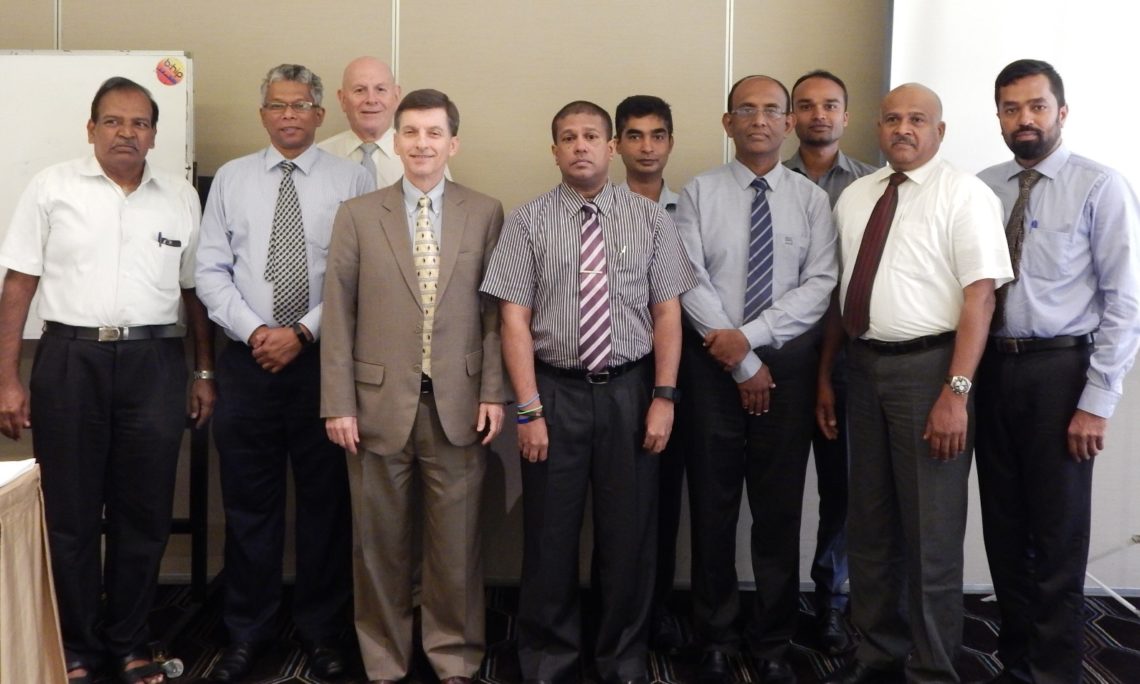 This week, USAID brought together SOLID partners from private and public dairy companies to review the project’s successes.

Colombo, July 20: K. Mathanakumari, a single mother of three from Mullaitivu, faced many challenges to feed, clothe, and educate her children.  Despite her hard work trying to provide a better life for her family, Mathanakumari had difficulties gaining access to basic resources and techniques to improve production from her dairy farm.

In April 2015, the United States Agency for International Development (USAID) selected Mathanakumari to join the Supporting Opportunities in Livelihoods Development (SOLID) project, which helped improve the quality and quantity of her cattle feed.  A year and a half later, her cultivation of more than two acres of sorghum and uninterrupted silage production have helped her feed nine cows and collect approximately 100 liters of milk daily.  As a result of Mathanakumari’s success, this sole family breadwinner received an award as the best dairy farmer from Nestle Lanka PLC, a recognition bestowed by Sri Lankan President Maithripala Sirisena.

Mathanakumari is just one of more than 2,000 rural dairy farmers in 15 districts who have benefited from USAID’s SOLID project since 2013.  This week, USAID brought together SOLID partners from private and public dairy companies to review the project’s successes.  On average, beneficiary farms have increased monthly milk production by 27 percent and seen their incomes rise by 35 percent.

“We are happy to see Sri Lankan government authorities such as the Provincial Departments of Animal Production and Health using USAID-supported farms as models for hundreds of farmers from other regions, as well as students, to learn best practices,” said David Dyer, USAID/SOLID’s Chief of Party.  “Seeing farmer-to-farmer learning take place will help ensure that SOLID’s training will reach many more households with the corresponding multiplier effects.”