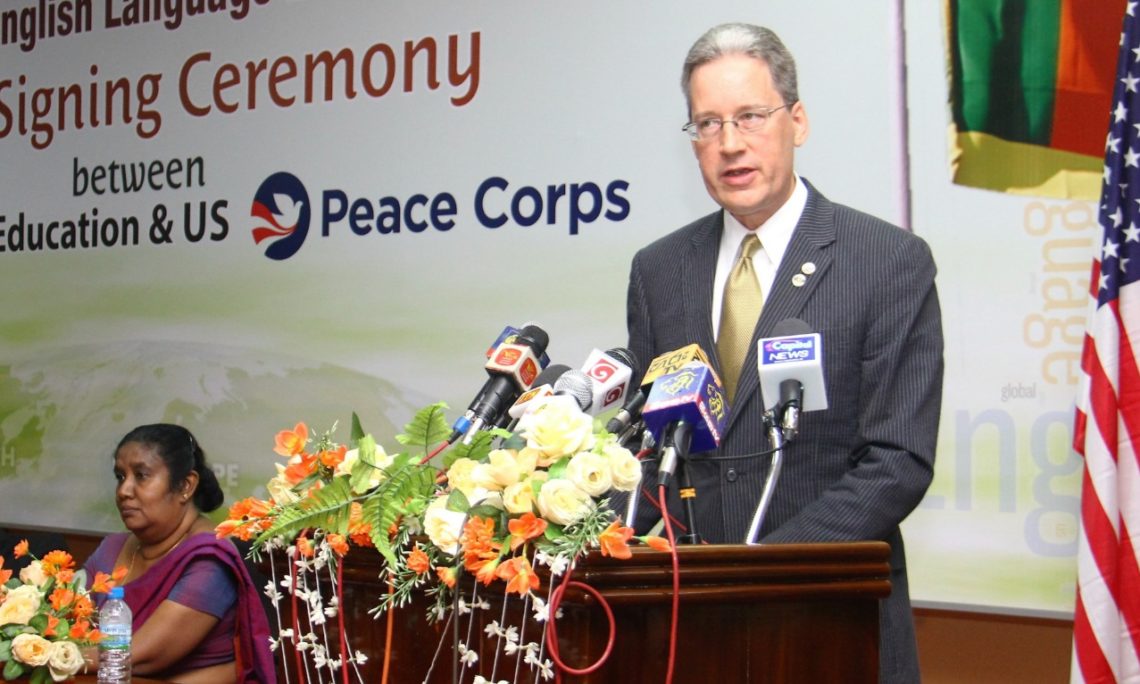 Chargé d’Affaires to Sri Lanka and Maldives Robert Hilton and Minister of Education Akila Viraj Kariyawasam witnessed the signing at the Ministry of Education.  In his remarks, Chargé Hilton recalled the founding of the Peace Corps by President John F. Kennedy in 1961 and its long history of service in Sri Lanka.  The current support for English teaching, he stated, would unlock the doors of opportunity for all Sri Lankans.

The event was attended by leaders in the education sector, government officials, and community members.

The first 25 American Peace Corps Volunteers will arrive in Sri Lanka in late 2019 and undergo three months of comprehensive cultural, language and technical training before they are given their assignments to serve for two years.

Peace Corps’ efforts in Sri Lanka will focus on English language education and supporting the Ministry of Education, schools, and community groups in coordination with the Sri Lankan English Teachers’ Association.  They will complement several other English teaching programs funded the U.S. Embassy and the U.S. Agency for International Development.

In 2016, the Government of Sri Lanka invited Peace Corps to return to work and assist in furthering the country’s development goals. A new bilateral agreement to re-establish the program was signed in February 2018.

About the Peace Corps: The Peace Corps sends Americans with a passion for service abroad on behalf of the United States to work with communities and create lasting change. Volunteers develop sustainable solutions to address challenges in education, health, community economic development, agriculture, environment and youth development. Through their Peace Corps experience, volunteers gain a unique cultural understanding and a life-long commitment to service that positions them to succeed in today’s global economy. Since President John F. Kennedy established the Peace Corps in 1961, more than 230,000 Americans of all ages have served in 141 countries worldwide. For more information, visit peacecorps.gov and follow us on Facebook and Twitter.