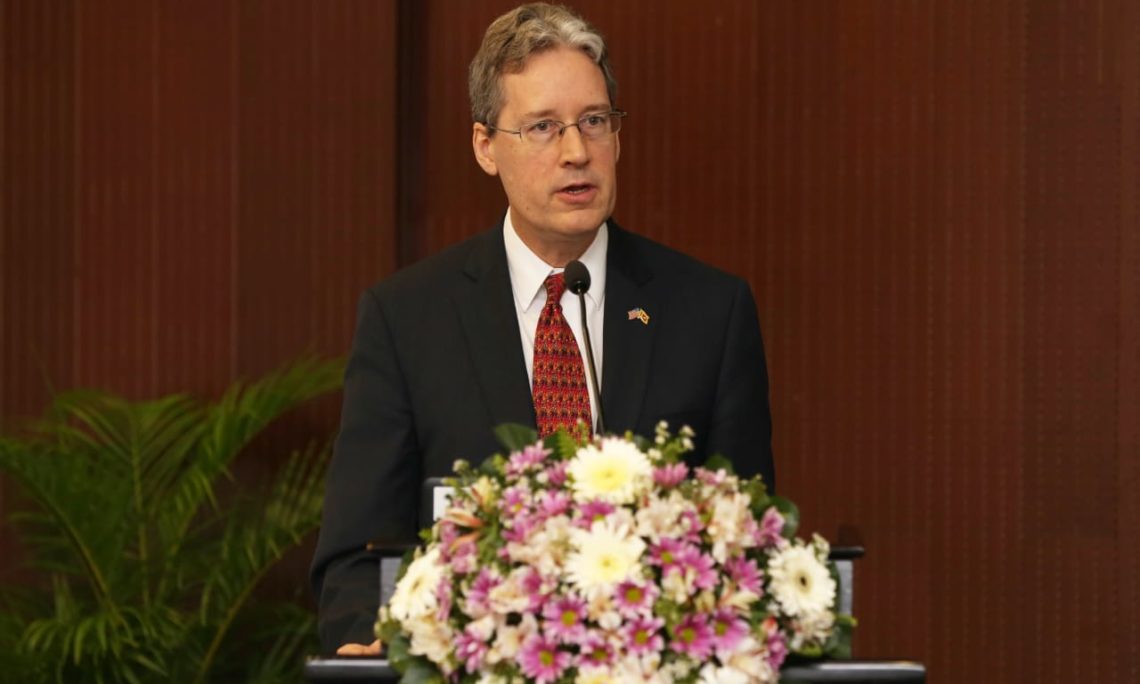 Good afternoon, and thank you to Country Representative Dinesha Wickramanayake and to the Asia Foundation for inviting me to speak with you today about trafficking in persons on behalf of U.S. Ambassador to Sri Lanka and Maldives Alaina Teplitz.  It’s my pleasure to also welcome you all to this event and thank you for all your efforts to combat human trafficking.

I’m proud to be part of this event, which stems from a partnership between the governments of the United States and Sri Lanka, together with civil society and non-profit partners.  I also want to join Dinesha in thanking the authors of the research that will be presented  today, Nielson Company and Women’s Media Collective.  Your energy and enthusiasm are much admired and appreciated.

I also want to acknowledge the leadership and time given to this initiative by the Sri Lankan government ministries under the National Anti-Human Trafficking Task Force.  Their efforts to combat human trafficking are worthy of recognition.  Specifically, I want to thank the Attorney General’s Department, Department of Probation and Child Care Services, the Ministry of Women and Children Affairs, the Ministry of Foreign Affairs, and the Bureau of Foreign Employment.

Lastly, let me also express my thanks to the civil society organizations that provided their time and expertise to the researchers.  Forty-eight different civil society groups participated in this report, a number that speaks to the breadth and scope of the undertaking, and you heard Dinesha name some of them.

President Trump has identified human trafficking as a priority for his administration and has committed to combatting the issue both in the United States and internationally.  Combatting human trafficking requires a comprehensive, multi-disciplinary approach.  This means a whole of government effort involving coordination across agencies with a range of responsibilities.

In the United States, this takes the form of the President’s Interagency Task Force to Monitor and Combat Trafficking in Persons.  In addition, the federal government has prioritized input from survivors of human trafficking through the U.S. Advisory Council on Human Trafficking.  This Council provides a formal platform for tracking survivors to advise and make recommendations on federal anti-trafficking policies in the President’s Interagency Task Force.

In Sri Lanka, the United States remains committed to engaging on anti-trafficking initiatives.  Currently, the U.S. Department of State funds four grants with a total of $3.5 million in Sri Lanka.  These grants engage on a wide variety of activities including, for example, helping to strengthen the judiciary to investigate and prosecute human trafficking cases, building an effective trafficking data selection and reporting system, and improving services and protection for trafficking victims.  The U.S. government is proud to support these efforts and the work of dedicated organizations such as those present here today.

The project will result in three important outcomes.

First, the development of a multi-sectoral trafficking in persons data collection and reporting system.

Second, the building of the capacity of key stakeholders to contribute to this new trafficking in persons data collection and reporting system.

And finally, supporting the dissemination of information from the resulting system to relevant stakeholders.

I would like to highlight what makes the pursuit of these outcomes so vital and therefore so worthy of our recognition.  The Asia Foundation and its partners in the project have made it possible for the first time for the Sri Lankan government to easily identify, track, and analyze human trafficking cases at the national level.

Additionally, with information gathered in the reporting it is now possible to design tools for government agencies to better identify victims of trafficking that they encounter and use this information to better understand and combat human trafficking.

Lastly, this report shows that the identification, care, and support of survivors of trafficking is a mutual priority and that both government and its partners have a vital role to play in identifying and assisting trafficking victims.

On behalf of the U.S. Embassy, I commend the efforts of each of you, whether working in government or civil society, have made to facilitate the completion of this report.  Your work has been critical in shedding light on the prevalence of human trafficking and the populations most vulnerable to becoming victims of trafficking so that we can more effectively combat this critical human rights challenge.