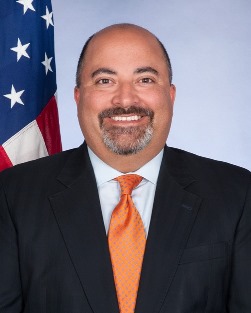 From 2012-2013, Keshap served as the United States Senior Official for Asia Pacific Economic Cooperation (APEC), a trade body whose members generate 55 percent of global GDP.  Keshap was responsible for U.S. policy initiatives during the Russia and Indonesia host years, and served concurrently as Assistant Secretary of State Kurt Campbell’s Coordinator for Economic Policy in the Bureau of East Asian and Pacific Affairs.

From 2010 to 2012, Keshap worked with Assistant Secretary of State Robert Blake as Director of the Office of India, Nepal, Sri Lanka, Bangladesh, Maldives, and Bhutan Affairs in the State Department’s Bureau of South and Central Asian Affairs, managing U.S. foreign policy toward a strategically important region that comprises a fifth of the world’s population.

From 2008 to 2010, Keshap was Director of the Office of Human Rights, Humanitarian, and Social Affairs in the Bureau of International Organizations of the State Department, where he helped lead U.S. efforts to frame multilateral human rights policy with regard to the United Nations system, including instructions to U.S. delegations to the Human Rights Council and the UN General Assembly.

Mr. Keshap was posted as Deputy Minister Counselor for Political Affairs at the U.S. Embassy in New Delhi, India from 2005 to 2008, where he served as one of Ambassador David Mulford’s principal advisors on the U.S.-India civilian nuclear energy cooperation initiative, and also worked to implement the broader strategic partnership with India at all levels in close coordination with the Indian government while managing a large political reporting and outreach team.

From 2003-2004, Keshap served as Director for North African and Middle Eastern Regional Affairs on the National Security Council staff in the Executive Office of the President. While there, he was responsible for recommendations to President Bush and National Security Advisor Rice on policy formulation for five countries in North Africa. He also helped implement the landmark breakthrough in relations with Libya, and helped complete negotiations on the U.S.-Morocco Free Trade Agreement.

As Special Assistant for the Middle East, North Africa, and South Asia from 2002-2003 for the Under Secretary of State for Political Affairs, he managed Ambassador Marc Grossman’s engagement with 25 countries in the Middle East, North Africa, Arabian Peninsula, and South Asia. As Country Desk Officer for the United Arab Emirates and Qatar from 2000-2002, he contributed to efforts to secure much-needed basing rights following September 11.

Keshap has also served as an Operations Officer on the executive staff of Secretary of State Madeleine Albright, and as a political/economic officer at U.S. Embassies in Rabat, Morocco and Conakry, Guinea.

He is the recipient of several Department of State individual Superior and Meritorious Honor Awards, as well as a certificate of recognition from Secretary of State Colin Powell for duties performed in the State Department Operations Center on September 11, 2001 and afterwards.

Originally from Charlottesville, Virginia, Keshap has also lived in Nigeria, Lesotho, Afghanistan, Zambia, and Austria. He is a graduate of the University of Virginia, where he received his Bachelor’s and Master’s degrees. While there, he concentrated on Economics, International Relations, Diplomacy, and Religious Studies, as well as French.

He is married to Karen Young Keshap, who is also a U.S. Foreign Service Officer. They have three daughters and a son.

Keshap has working proficiency in French and speaks conversational Hindi.