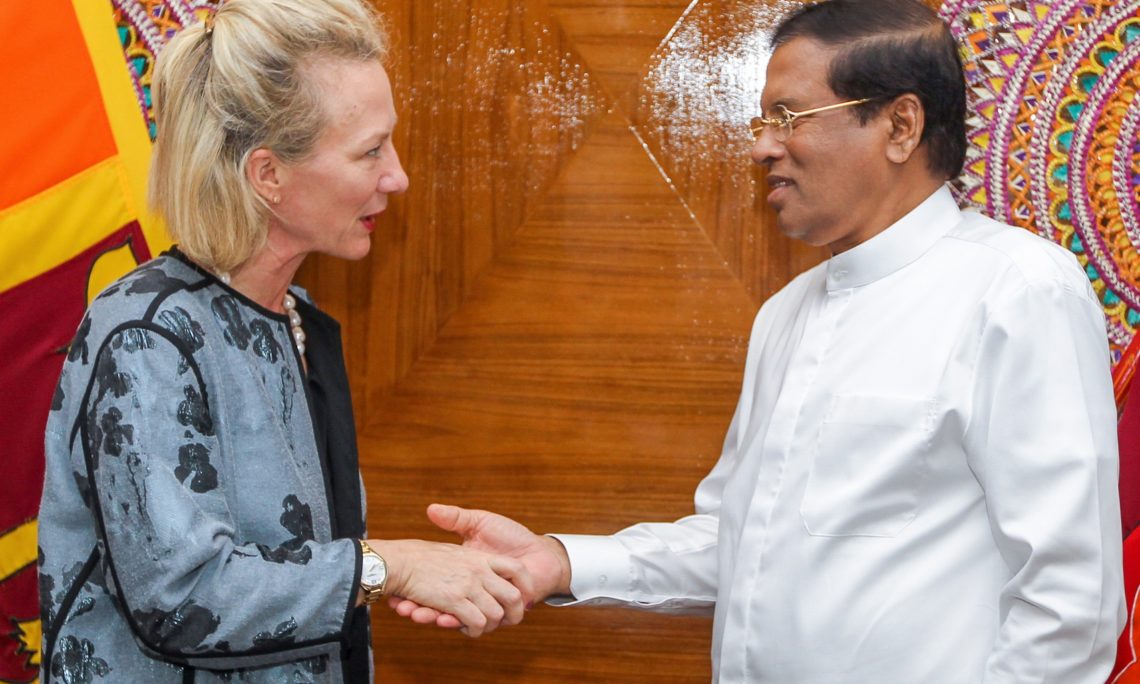 Ambassador Wells arrived in Colombo on August 30 and met with representatives of the Government of Sri Lanka, including President Maithripala Sirisena and Prime Minister Ranil Wickremesinghe, the Tamil National Alliance, and civil society.  During her visit, Ambassador Wells also participated in the Indian Ocean Conference, where she addressed a special plenary session.

“We must have a common vision for the Indian Ocean that enhances economic growth, transparent development, and regional integration,” said Ambassador Wells.  “Regional initiatives that prioritize accountability, open markets, and delivery of tangible benefits to citizens of the region will be the most sustainable.”  Ambassador Wells stressed the importance of developing a regional architecture that promotes international standards, including freedom of navigation and the peaceful resolution of disputes.  “All nations have the right to freely fly, sail, and operate wherever international law allows,” she proclaimed.

Ambassador Wells is also currently the Acting Special Representative for Afghanistan and Pakistan and previously served as the U.S. Ambassador to the Hashemite Kingdom of Jordan, as Special Assistant to the President for Russia and Central Asia in the White House, and Executive Assistant to the Secretary of State.  Her biography can be found here: https://www.state.gov/r/pa/ei/biog/230750.htm.